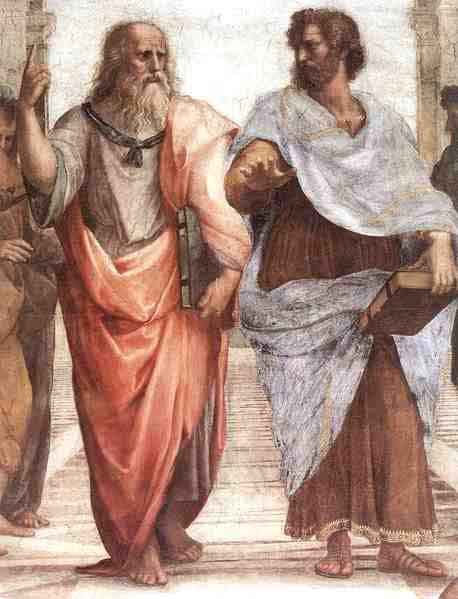 “Suppose, then, that all men were sick or deranged, save one or two of them who were healthy and of right mind. It would then be the latter two who would be thought to be sick and deranged and the former not!”

"If the only tool you have is a hammer, you tend to treat everything as if it were a nail."

« Life is really simple, but we insist on making it complicated. »

"For man, the unexamined life is not worth living."

« Keep silence for the most part, and speak only when you must, and then briefly. »

« If thy brother wrongs thee, remember not so much his wrong-doing, but more than ever that he is thy brother »

« Practice yourself in little things, and then proceed to greater. »

« No evil propensity of the human heart is so powerful that it may not be subdued by discipline. »

“You can't wake a person who is pretending to be asleep.”

“To know the hight [sic] of a mountain, one must climb it.”

"All that is needed for evil to triumph in our lives is to do nothing."

"The highest reward for man's toil is not what he gets for it, but what he becomes by it."

“Man is born free, and everywhere he is in shackles.”

“If one oversteps the bounds of moderation, the pleasures cease to please.”

“The most virtuous are those who content themselves with being virtuous without seeking to appear so.”

“Whatever one of us blames in another, each one will find in his own heart.”

“It is not he who reviles or strikes you who insults you, but your opinion that these things are insulting.”

“Speak the truth, do not yield to anger; give, if thou art asked”

“The reason why we acquire wealth is the body, because we are slaves in its service.”

“The wisest have the most authority.”

“Not to help justice in her need would be an impiety.”

“Though silence is not necessarily an admission, it is not a denial, either.”

“Let him that would move the world, first move himself.”

“Academe, n.: An ancient school where morality and philosophy were taught. Academy, n.: A modern school where football is taught.”

“The essence of philosophy is that a man should so live that his happiness shall depend as little as possible on external things.”

“According to the saying of an ancient philosopher, one should eat to live, and not live to eat”

“Philosophy is not a theory but an activity”

“The ideals which have always shone before me and filled me with the joy of living are goodness, beauty, and truth. To make a goal of comfort or happiness in this world has never appealed to me; a system of ethics built on this basis would be sufficient only for a herd of cattle.”

“Neither one should hesitate about dedicating oneself to philosophy when young, nor should get tired of doing it when one's old, because no one is ever too young or too old to reach one's soul's healthy.”

“My definition [of a philosopher] is of a man up in a balloon, with his family and friends holding the ropes which confine him to earth and trying to haul him down.”

“Do all the work you can; that is the whole philosophy of the good way of life”

“Any idiot can face a crisis - it's day to day living that wears you out.”

Give us all in the struggle and flutter

Our daily bread and a bit o' butter.”

“The superior man acts before he speaks, and afterwards speaks according to his action.”

“You live and learn.”

“When anger rises, think of the consequences.”

“Only a few things are really important.”

“If you stop struggling, then you stop life.”

“If a man in the morning hear the right way, he may die in the evening without regret.”

“No man is free who is not master of himself.”

“One word frees us of all the weight and pain in life. That word is love.”

“We all need to be philosophical if we going to traverse the journey of life.”

“Life is a long lesson in humility.”

“Suppose, then, that all men were sick or deranged, save one or two of them who were healthy and of right mind. It would then be the latter two who would be thought to be sick and deranged and the former not!”

“Anticipate the difficult by managing the easy”

“Immature love says: 'I love you because I need you.'

Mature love says: 'I need you because I love you'”

“All philosophy lies in two words, sustain and abstain.”

“Rightly defined philosophy is simply the love of wisdom.”

“The highest point of philosophy is to be both wise and simple; this is the angelic life.” St. John Chrysostom

“The most dangerous criminal now is the entirely lawless modern philosopher. Compared to him, burglars and bigamists are essentially moral men.”

“I'm working harder than ever now, and I'm putting on my pants the same as I always have. I just get up every day and try to do a little better than the day before,”

“Ethical and questions of philosophy interest me a great deal.”

“The man who is not dead still has a chance.”

“Practice yourself in little things, and thence proceed to greater.”

“Kindness is the language which the deaf can hear and the blind can see.”